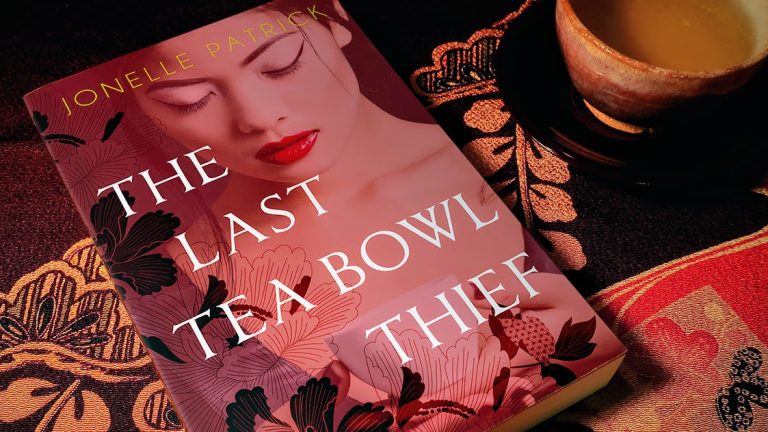 After four novels set in modern-day Tokyo, The Last Tea Bowl Thief is Jonelle Patrick’s most ambitious work to date. The story alternates between time periods, until all the connections are revealed in this intriguing and heartfelt novel, with past and present intertwining into a compelling narrative.

The prologue to The Last Tea Bowl Thief opens in Edo (now known as Tokyo) in February of 1788, where the tea bowl named Hikitoru is being offered to a famed Jizo statue by the daimyo (warlord) of Yodo Castle, as he desperately prays that his son be spared from a pestilence.

The novel proper begins in contemporary Tokyo, where Nori, our heroine-of-sorts, brings a tea bowl to a pawnshop, hoping the money she earns will allow her family’s business in the kitchenware district of Kappabashi to survive. As the story unfolds, Nori’s exploits in Tokyo alternate with the 17th-century tale of how the tea bowl’s creation by priest-turned-potter Yoshi Takamatsu changes the itinerant haiku poet Saburo’s ne’er-do-well life, and the misadventures of ex-pat Robin Swann, who’s stuck in a job authenticating Edo-era ceramics even though she’s an expert on Saburo.

Recent years have seen a growth in the timeslip genre where stories move back and forth from one period to another to create a bridge across time. These nonlinear narratives are a particular favourite of mine––juxtaposing seemingly unrelated stories and eras while hiding their ingenious, Easter Egg connections––but they can be tricky to set up, making some historical fiction feel too much like homework. When they succeed, however––as this one does––it makes for powerful storytelling.

In The Last Tea Bowl Thief, Patrick skillfully braids the various strands of the narrative, spanning centuries. The threads run through the past to the present day, connecting individuals living in different times through a set of shared experiences, beliefs and a powerful legacy passed down from generation to generation, as past events inform the present. This kind of storytelling is at the heart of some of my favourite historical fiction.

This nonlinear technique allows information to be presented to readers exactly when they need it. Each strand is interrupted by the next at a salient moment, and each is strong enough that readers can enjoy them almost independently. Patrick does the work to make sure the reader is oriented. Putting a date at the beginning of each chapter is a start, but lots of clues in the story itself also help. At times, the connections are not so directly apparent, but there is no ham-handed struggle to highlight parallels and links between the stories.

At its heart, The Last Tea Bowl Thief is a tale of survival––of objects, stories and people. The tea bowl itself has survived for centuries, highlighting the continuity of history and what people had to do to survive, even through the decimation of the second world war. (On 10 March 1945 the entirety of East Tokyo was all but wiped out, and what people had to do to survive this period figures in the tea bowl’s journey.) There are also more esoteric issues around survival of one’s legacy, which emerge in the story of the poet Saburo, who wants to be remembered.

This novel is full of drama, vivid characters, wit, gorgeous writing and fascinating cultural, religious and social detail. The present-day story is clearly the principal one, but the other threads are equally engaging. The story of Yoshi Takamatsu weaves lost love, rebirth, renewal and Zen Buddhism into a truly compelling tale. A lot can be learnt from his journey to rid himself of the eight attachments, such as pride, arrogance, perfectionism and rigid thinking. And Robin Swann, the unlucky in love ex-pat who can’t find clothes to fit her, is a great character. Ex-pats in Japan will identify with, “she considers drinking California chardonnay and Oregon pinot among her last remaining acts of patriotism” and I loved this line from when Nori and Robin first meet: “She’s like a pigeon among sparrows, definitely the kind of foreigner Nori would avoid sitting next to on the subway, even if it were the last empty seat.”

The extensive background Patrick includes about the culture of Japan is fascinating, and one can tell how much of her work flows from on-the-ground research and experience. In the historical portion, Patrick weaves in elements like the ranking of samurai and artisans, sitting seiza, and the use of inro. To include these elements in a story, yet not feel overly-pedagogic to readers new to Japan, or patronising to experts, is a skill which few writers in this genre have.

Obligation, debt and fulfilment are formal devices in this novel, as well as thematic obsessions. Obligation in Japan is complex, as anthropologist Ruth Benedict found during her research that led to her seminal work The Chrysanthemum and The Sword. It is associated with the deep-rooted Japanese values that involve loyalty, gratitude, and moral debt. Lest all this sound cold and perhaps mechanical, obligation also induces a vital energy, a desire to settle debts and a loyalty to family even in the face of obstacles. Different bonds are explored in the novel – between student and master, grandmother and granddaughter, employee and employer. It is telling that Saburo’s deathbed poem begins ‘Finally, I can stop running from my debts.’

There are some beautiful turns of phrase in Patrick’s accomplished prose: “Shoulders bowed, his spine now curves protectively around some inner hurt.” “Despite the three flasks of sake, he tosses and turns, itchy with unconfessed sin.” There’s some good humour too “The style dates from the time before milk-drinking made the entire Japanese population taller.”

The Last Tea Bowl Thief is a beautifully written and, at times, intense story with light doses of humour. The brilliance of this novel sneaks up on you as the pieces of its puzzle come together. With its artisans and poets, its pawnbrokers, warlords, priests and monks, businessmen and academics, The Last Tea Bowl Thief is a grand spectacle. I highly recommend diving in, even if you are not familiar with Japan. As the abbot says to Yoshi, “The unknown is the soil in which learning takes place.” 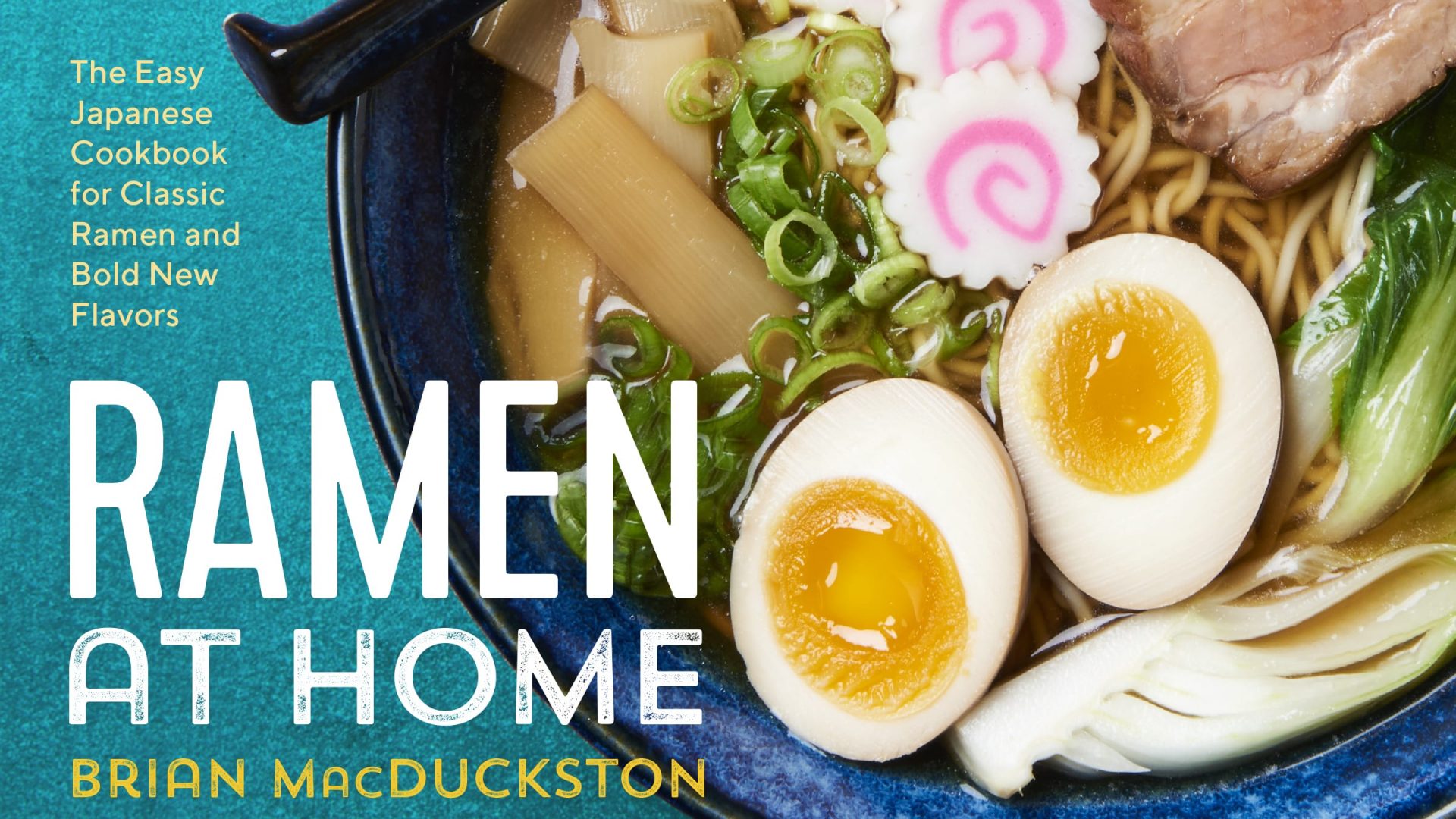 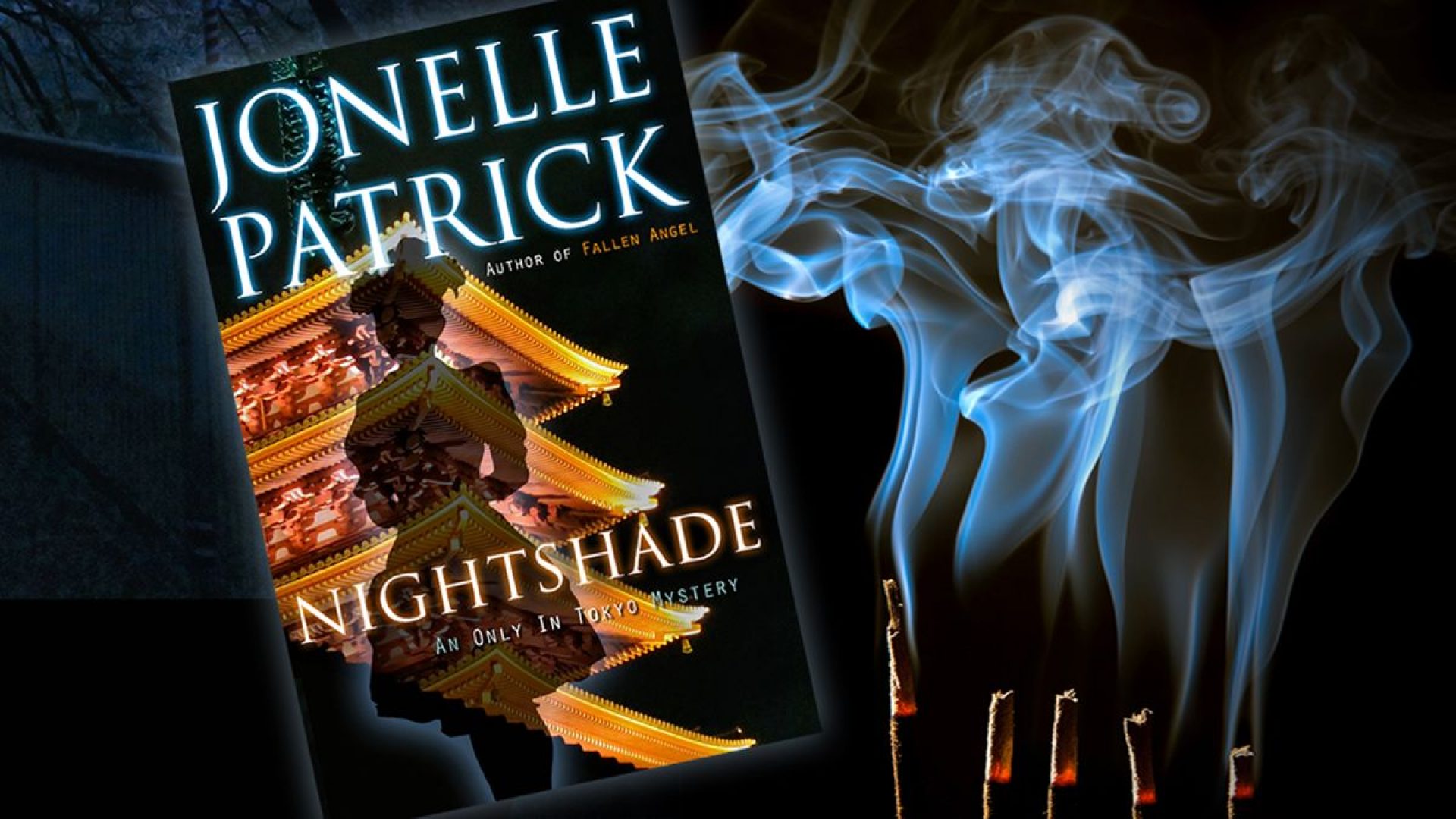